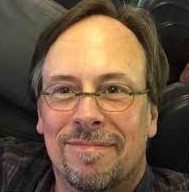 Interview with Steve Griggs on KBCS 91.3

Gordon Todd: Steve, thanks so much for coming in today. I really appreciate it.

GT: Boy! Love this record. Love Elvin Jones. I’m a huge Elvin Jones fan as you know and maybe as some of you regular listeners know. Tell us how you put this project together. It’s a group of local musicians, very fine local musicians, but you brought in THE world-class drummer living today. 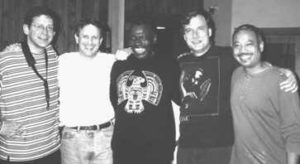 SG: Yea. It was kind of crazy. I wanted to get together with these Seattle musicians and do a recording of my music. My son was just about to be born and so I thought this was the last opportunity I’m going to have in a while to get in the studio and spend this much time on something. I had worked with Milo Petersen, the guitarist, quite a bit and he has recorded with great drummers passing through town. Victor Lewis and Billy Hart, when they came through town, he would ask them if they wanted to record and so he’s got some great recordings in the can. So, I thought, “Well, here comes Elvin Jones in town just at exactly the right time.” I said, “Milo, what do you think of recording with Elvin?” He said, “That’s a great idea and actually I know somebody who knows him.” That’s Gregg Keplinger, and Gregg has been a long time friend of Elvin. Gregg said, “Oh that’s a cool idea. When I meet him at the airport I will suggest that there are some local guys that want to record and see what he thinks.” As soon as we met [Elvin] he’s like, “When is the recording?” So after he finished his tour in L.A., he came up here for three days and recorded with us. I was just a dream come true.

SG: He is very, very generous. I am familiar, of course, with his playing because I have listened to his recordings over the years. It’s just a background of me being a jazz saxophonist. So, I was very comfortable with how he plays. I guess I wasn’t prepared for how warm of a person he was and how down to earth and supportive and helpful and generous and present he was. That was a very pleasant surprise.

SG: Yea, he did. He said he wanted some copies. I copied the book for him. He seemed to really enjoy the music. I didn’t know whether he was going to read the charts or what was going to happen. It was pretty funny. He would walk over, and I would sing the melody to him. He would sit down at the drums, and we would play the melody through as a band once. Then we would hit the “record” button and go. He would just nail it. I just couldn’t believe it how he could ingest this music the first time he had ever heard it or seen it and literally be making such wonderful music on the spot. It was a level of maturity I certainly have seen in musicians I have worked with, but he has such a personal stamp on what he does. It comes out in such a unique way and such a relaxed and unique approach. It was just fantastic.

GT: Even to the casual listener, people who don’t study drumming can tell it’s Elvin.

GT: Why don’t we turn to another cut here. What should we listen to next?

GT: Let’s take a listen to “Sparks” written by Steve Griggs as played by his quintet featuring Elvin Jones…

GT: I know that you have a career outside of music. How do you keep that balance between your music – I mean obviously you and these other local musicians are quite accomplished and I know that all three of them do music full-time. Is that correct?

SG: Right. Well, at an early age I got very interested in music. So playing music has always been very fun for me and something I always want to do. I actually have an undergrad degree from the University of Illinois and had a formal musical education as a classical saxophonist – that’s almost an oxymoron.

GT: So your degree is in music? 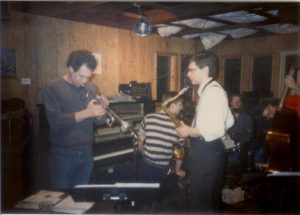 SG: My undergrad degree. One of the people that I met in the community while I was in school was a trumpet player named John Scott. We recorded one of his songs on this record and I played in his group. Here was a guy who was a player. He was a classmate of Herbie Hancock at Grinnell College, wrote tunes with him, went to Berkley and played with Tony Williams and in Herb Pomeroy’s band. But also became an endodontist and was a successful root canal surgeon. But he continued to write music. He continued to organize bands, get gigs, play, and that was a real inspiration for me to see somebody who kept music as a central activity in his life but also had a professional career unrelated to music. And it turns out I’ve kind of done the same thing. Actually, I moved to New York and got my MBA at night school. A lot of musicians and artists and actors in New York all get day jobs in offices and corporate headquarters. And it turned out, a file clerk across the hall from me was a guy named Grover, Mitchell who was a trombonist in the Count Basie band for years and is actually running the Basie band now. In New York, it is not uncommon to see people who are very accomplished artists in their field, but also work in the corporate world. So that was a little affirmation for me as well.

GT: You work here in Seattle at…

SG: At Immunex Corporation, a biotech firm. I manage a software programming group there. Actually, my boss’ wife is a concert pianist. And my first boss, when I was at Pfizer Pharmaceuticals, her husband was also a rock musician, so I have been lucky to have sympathetic managers who understand my urge to perform and create, so sometimes when I have an engagement or something, they have been pretty understanding when I’m a little bleary-eyed the next morning.

GT: When did you go into the studio to record all this music with Elvin Jones? It was here at Bear Creek in Woodinville.

SG: Elvin usually comes through in the spring and he will probably be here next April. That’s when I met him. It was in April of ’98 and then he finished up his tour in May, so it was May 19th, 20th, and 21st of ’98. He tours 10 months out of the year. It’s kind of amazing, 72-years-old and travelling the world still and playing drums like he’s a teenager.

GT: We want to turn to this tune before the news comes up at 8 o’clock. We’re going to hear “Jay’s Maze” because it has a great solo by Elvin. Can you tell us a little about this?

SG: Basically, I wanted to try and feature Elvin when we recorded this. On the last day I said, “This is Elvin Jones day” to him and he kind of chuckled. My drummer friend, Jeff Stitely – he’s a Chicago drummer – came out, and he said, “Oh, you’ve got to play a duet with Elvin” and I hadn’t really planned on it, but I said, “OK. Well we can fit it in on this one.” So, near the end of this tune, it’s just a duet with Elvin and me on a minor blues, and then he plays a nice open solo.

GT: I just have one more question. I know you recorded enough music for two records. Do you think you’re going to be releasing any more of this music later on?

SG: Well, the plan is to release the second album in April, around when Elvin comes. And of course, the better this one does, the easier that one will be to do. I do have another hour’s worth of music that I want to put out, and the plan is next April.

GT: We have been talking to saxophonist Steve Griggs about his new album “Jones for Elvin – The Steve Griggs Quintet featuring Elvin Jones”. It’s got a beautiful black and white and purple photograph of Elvin on the cover and you can’t miss it. It’s on Hip City Records and you can find it around town.

SG: You can find it at our release gigs. We will be at Borders Books downtown Seattle, Friday noon to one. Then we’re at Tula’s, Friday night nine PM to one AM. And then we’ll be at Borders out in Redmond three to five PM on Sunday, October 3rd. And they’re also available at Bud’s Jazz Records, the downtown Borders, the Mercer Tower Records, and pretty soon they will be at the University Tower, and probably on the listening station there.

GT: Thanks so much for coming in.

SG: Thanks. It’s been a blast.